Sports is a means to create a bridge where boundaries exist. Playing a sport assists in the development of empathy, respect and perseverance. In the early 2000s, institutions such as the United Nations began researching how sports directly affect social change movements. Throughout the years, professional athletes have used their platform to bring awareness to or voice their opinions on social injustice and a call-to-action for social change. Athletes from Martina Navratilova, one of the highest decorated women’s tennis players who disclosed her sexual orientation at the height of her career and advocates for equal rights, to LeBron James use their likeness and platform to move the needle towards equality. In May, the National Collegiate Athletic Association (NCAA) began offering a series of inclusion-focused online programs to build community and empower participants’ efforts on equity, diversity and inclusion initiatives on their campus.

Beyond professional athletes, organizations like the Inclusion Playbook, founded by Ashland Johnson, transform communities through sports.

The sports impact consultancy consists of a collaborative network of athletes, sports equity experts and social justice advocates who believe in the power of sports to transform individuals, communities and movements. Its work with sports leaders extends beyond the industry into government, education and social justice movements. The organization helps leverage its clients’ social responsibility resources and initiatives for greater returns. Its portfolio includes the NCAA, NBA and U.S. Olympics and Special Olympics.

One of the projects that Johnson and her team are working on is trans inclusion within sports. “When it comes to trans inclusion in sports, it’s piecemeal,” Johnson states. “The NCAA does have a policy for NCAA championships. But individual schools can have their own policies, same from state to state. So you have this small group, but a group that’s very vulnerable and that can benefit from sports, trans athletes, who are kept out of sports. It’s for several different arguments. A lot of them come from people in the women’s rights movement who don’t understand what being transgender means. This particular project is working with the Women’s Sports Foundation, National Women’s Law Center, and many women’s sports groups to educate them on trans inclusion in sports and then also working with LGBT groups to educate them about sports inclusion. Trans inclusion in sports looks different at different levels. It would be more of a unified pathway for young trans athletes who participate in sports.”

Johnson is a former NCAA Division One scholar basketball player. While working at a job in Georgia, her boss found out that she was gay and asked her to resign. At the time, it was legal in the state to fire a person based on sexual orientation. After speaking with the local American Civil Liberties Union, she agreed to use her situation as a case study to test Atlanta’s LGBTQ protection laws.

“After that experience,” the former student-athlete commented, “it made me think like I had done nothing to protect my own rights. One of the best ways to actually defend and protect your rights is to be a lawyer.”

That feeling prompted her to attend law school, focusing on civil rights law. She envisioned she’d work her way up in the LGBTQ space, strategizing how to move social justice forward in the southern states. Johnson started at the Women’s Law Center working on reproductive health. She then secured a policy council job at the National Center for Lesbians Rights. One of the programs she worked on involved Nike’s Be True campaign.

Johnson then had a stint at the Human Rights Campaign, where she realized that the sports landscape was one of the most effective ways to shift mindsets in the south. “Sports was one of those ways I could unite social justice and my other passions,” she explains. “One thing that was really missing in the social justice space is a real understanding of sports and athletics and an appreciation of what athletes can be for the social justice space. … What was really needed was a bridge between those spaces. After writing a few sports reports at the Human Rights Campaign, I decided what I wanted to do was spend at least a couple years cultivating this sports and social justice space in a more intentional way.”

As everyone did during the pandemic, Johnson pivoted her strategy because the USOPC and MiLB canceled their summits, two of the biggest minority pipeline programs in the sports industry. The majority of her contracts had been postponed indefinitely. To remain relevant and create value, she created a summer series for any young professional working in or interested in sports and social justice. The series included participation from major sports entities, including NFL, NBA and NASCAR.

As Johnson continues to pivot in her career and her business model, she focuses on the following essential steps:

“They [sports executives] usually get on board if you do it in incremental ways and show them the value of doing social justice work,” Johnson concludes. “It has been a lot easier in the last six months because I’m not doing the convincing myself; the athletes are.”

Our Membership Info Partnership Inquiry? Listen to our podcast Visit career/job site Attend our events Invest in a program 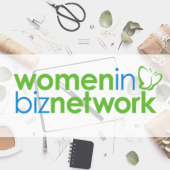 For over ten successful years, Women in Biz Network has helped business owners and professionals to connect, share and grow in their business lives. We support local women’s charities and believe giving back to our community is an important part of what makes our organization special. With supportive mentors, advice and online tools, Women in Biz Network is Canada’s trusted network (with global influence) for mentorship and career growth. We offer a lifetime of guidance to build a thriving business and career.

#WIBN Webinar: Going Viral – 5 Reasons You Should Market with Video

Bubbles and Bucket Lists with @WomenlivingBig Event | June 2 | #WIBNmembers save