Brag about your failures

Well if you’re not bragging about your failures, maybe you should be… Failures are not just lessons to you but can be lessons of inspiration to thousands of others who have failed just like you. It’s a beacon of hope that there is a way back. Sometimes the hardest thing about failure is to see the lesson in it.  Sometimes it’s easy…Any which way you look at failure, it’s good to make you stop and take a second look at how you’re doing things. Sharing your failures speaks to the very heart of your brand authenticity. It says you’re brave to expose your humiliation. It says that you’re giving and honest to want others to benefit from your past pain. It says you can laugh at yourself. Above all, it says that you’re confident enough to show the world that you’ve grown from it.

The story of my failure

Here’s a good one for you from the archives of the Chala failures.

I loved speaking at the Toronto chapter of a large business association. It was a no brainer when their London chapter came calling for me to speak on the same subject of “Coaching your team to success”. After a long and ardours drive out of Toronto, I arrived at the venue which was a pub (!) Low and behold, everyone at the meeting was over 65 and was either retired or about to retire. None had direct reports or a “team” hence making the topic completely irrelevant.

The food killed my speech

I was scheduled to speak at the end of a 6 course meal full of mountains of meat and potatoes.  The service at the pub was slow and the dinner stretched out until 9pm. I will let you imagine what happens to a group of retirees at that hour with a meal like that in them.  Half the group took off and the other half was almost asleep.

The technology to set up my laptop and projector was another nightmare. An old fashioned silver foil screen abandoned at a retirement home basement had been brought out and once put up, released a foul smell.

As I started presenting diagonally across from the pub kitchen, the cook and the bartender started arguing loudly and refused to be hushed. The fan directly above my head rattled so loudly that most of the remaining audience couldn’t even hear me.

Is this an episode of Three’s Company?

About 5 minutes into this atrocity, I couldn’t help it and started laughing. I said bluntly to the audience “this isn’t working for you is it?” They all nodded in agreement. After a quick impromptu live coaching a volunteer, I called it a night. It must’ve been the quickest escape I’ve made to my car after a talk that I’ve ever given!

Why do I tell this humiliating story of a failed speech at the start of my seminars on how to public speak to get clients? It’s because it humanizes me. Makes me authentic in how I also have failures and am capable of openly admitting my mistakes.

I will never again be caught unawares presenting the wrong topic to a wrong audience. I will know that an instructional training based PowerPoint presentation is not the best fit for a post dinner pub setting.

Most of all, I will know to pull the plug or change the plan earlier when all signs are pointing to a screaming failure. 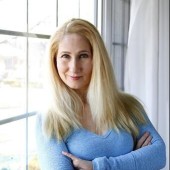 Chala is the CEO and Founder of Coachtactics, www.coachtactics.com. She’s a brand marketing expert who helps small businesses feel like a NATIONAL BRAND (without paying the big bucks!) Chala was an award winning marketer at companies such as Pepsi, Pizza Hut, Frito Lay, Diageo, Playtex and BIC Inc. She’s an author, speaker and a certified business coach, who speaks about turning your brand into rocket fuel so you get more clients! Chala dishes out big advice that's to the point, that cuts your costs and that helps make your brand look like a ROCK STAR to customers!

@Thrive2getherca #WIBN Newsletter: Learn how to Thrive in Your Relationship + 2 Events you Can’t Miss!