From the prizewinning author of The Nine, a gripping insider’s account of the momentous ideological war between the John Roberts Supreme Court and the Obama administration.

From the moment John Roberts, the chief justice of the United States, blundered through the Oath of Office at Barack Obama’s inauguration, the relationship between the Supreme Court and the White House has been confrontational. Both men are young, brilliant, charismatic, charming, determined to change the course of the nation—and completely at odds on almost every major constitutional issue. One is radical; one essentially conservative. The surprise is that Obama is the conservative—a believer in incremental change, compromise, and pragmatism over ideology. Roberts—and his allies on the Court—seek to overturn decades of precedent: in short, to undo the ultimate victory FDR achieved in the New Deal.

This ideological war will crescendo during the 2011-2012 term, in which several landmark cases are on the Court’s docket—most crucially, a challenge to Obama’s controversial health-care legislation. With four new justices joining the Court in just five years, including Obama’s appointees Sonia Sotomayor and Elena Kagan, this is a dramatically—and historically—different Supreme Court, playing for the highest of stakes.

No one is better positioned to chronicle this dramatic tale than Jeffrey Toobin, whose prize-winning bestseller The Nine laid bare the inner workings and conflicts of the Court in meticulous and entertaining detail. As the nation prepares to vote for President in 2012, the future of the Supreme Court will also be on the ballot.

A groundbreaking portrait of one of Hollywood’s most successful stars, from critically acclaimed and bestselling biographer Marc Eliot

Through determination, inventiveness, and charisma, Michael Douglas emerged from the long shadow cast by his movie-legend father, Kirk Douglas, to become his own man and one of the film industry’s most formi­dable players.

Overcoming the curse of failure that haunts the sons and daughters of Hollywood celebrities, Michael became a sensation when he successfully brought One Flew Over the Cuckoo’s Nest, starring his friend Jack Nicholson, to the screen after numerous setbacks, including his father’s own failed attempts to make it happen. This 1975 box-office phenomenon won Michael his first Oscar (the film won five total, including Best Picture), an award Kirk hadn’t won at the time, and solidified the turbulent, competitive father-son relationship that would shape Michael’s career and personal life.

In the decades that followed, Michael established a reputation for taking chances on new talent and proj­ects by producing and starring in the hugely successful Romancing the Stone and Jewel of the Nile movies, while cultivating a multifaceted acting persona—edgy, rebel­lious, and a little dark—in such films as Wall Street, Fatal Attraction, Basic Instinct, and Disclosure.

Yet as his career thrived, Michael’s personal life floundered, with an unhappy and tumultuous first mar­riage, rumors of infidelity (especially with leading ladies such as Kathleen Turner), and a headline-grabbing stint in rehab. Rocked by a series of tragedies, including Kirk’s strokes, his son Cameron’s incarceration, and his own fight against throat cancer, Michael has emerged trium­phant, healthy, and happy in his marriage to Catherine Zeta-Jones, a Welsh actress twenty-five years his junior, and their new young family.

In Michael Douglas, Marc Eliot brings into sharp fo­cus this incredible career, complicated personal life, and legendary Hollywood family. Eliot’s fascinating portrait of the lows and remarkable highs in Michael’s life—in­cluding the thorny yet influential relationship with his father—breaks boundaries in understanding the life and work of a true American film star.

What Color Is Your Parachute? 2013

The world’s most popular job-search book is updated for 2013 to tailor its long-trusted guidance with up-to-the-minute information and advice for today’s job-hunters and career-changers.

Career expert Richard (“Dick”) N. Bolles has now written forty-one books all with the same title: What Color Is Your Parachute? A Practical Manual for Job-Hunters and Career-Changers. In order to tailor his authoritative guide to the current job- market, Bolles not only updates the book each year, but he also reconceives it, reinvents it, and rewrites it, so that one year’s edition is often vastly different from the year before. This is the case with the 2013 edition. Inventions in the book this year include a brand-new transferable skills grid, a novel way to discover what fields you would most like to work in, and a revamped version of his famed self-inventory instrument, the Flower Exercise.

What Color Is Your Parachute? is the world’s most popular job-hunting guide, and it has helped millions discover their unique gifts, skills, and interests. This has allowed them to land a job even in hard times, and to create for themselves a new, interesting, and inspiring career and life.

With fresh insights into resumes, networking, interviewing, salary negotiation, entrepreneurship, and social media, What Color Is Your Parachute? has everything you need to dust off your motivation and find your dream job.

In this new twist on a topic of perennial interest, Joe MacInnis shows how the leadership traits forged in extraordinary circumstances are transferrable to our everyday lives. Simply put, this is a handbook for building character.

Some people are born leaders. The rest of us find ourselves in positions where leadership is required. Self-described “accidental leader” Dr. Joe MacInnis found himself in such a situation: deep beneath the ice of the Arctic Ocean. Starting with his undersea explorations, this physician, scientist, author and motivational speaker shares an accessible—and obtainable—list of leadership traits inspired by his own journey and the icons he’s learned from over the years. Deep Leadership is an eminently digestible book with short lessons and anecdotes. Think Rework meets Iacocca. Its centre is the author’s 12 “Essential Traits of Leadership”: Cool Competence, Powerful Presentations, Physical Toughness, Hot-Zone Humour, Mental Resilience, Strategic Imagination, High-Empathy Communication, Enduring Trust, Fierce Ingenuity, Team Genius, Resolute Courage and Warrior’s Honour.

Each trait is communicated with an anecdote from MacInnis’s experience, making it totally memorable. MacInnis also gives the reader a primer to navigate his or her own path toward leadership, including such practices as keeping a journal, building a library, and finding mentors.

Pythias is her father’s daughter, with eyes his exact shade of unlovely, intelligent grey. A slave to his own curiosity and intellect, Aristotle has never been able to resist wit in another—even in a girl child who should be content with the kitchen, the loom and a life dictated by the womb. And oh his little Pytho is smart, able to best his own students in debate and match wits with a roomful of Athenian philosophers. Is she a freak or a harbinger of what women can really be? Pythias must suffer that argument, but she is also (mostly) secure in her father’s regard.

But then Alexander dies a thousand miles from Athens, and sentiment turns against anyone associated with him, most especially his famous Macedonian-born teacher. Aristotle and his family are forced to flee to Chalcis, a garrison town. Ailing, mourning and broken in spirit, Aristotle soon dies. And his orphaned daughter, only 16, finds out that the world is a place of superstition, not logic, and that a girl can be played upon by gods and goddesses, as much as by grown men and women. To safely journey to a place in which she can be everything she truly is, Aristotle’s daughter will need every ounce of wit she possesses, but also grace and the capacity to love.

The End of Your Life Book Club

“What are you reading?”

That’s the question Will Schwalbe asks his mother, Mary Anne, as they sit in the waiting room of the Memorial Sloan-Kettering Cancer Center. In 2007, Mary Anne returned from a humanitarian trip to Pakistan and Afghanistan suffering from what her doctors believed was a rare type of hepatitis. Months later she was diagnosed with a form of advanced pancreatic cancer, which is almost always fatal, often in six months or less.

This is the inspiring true story of a son and his mother, who start a “book club” that brings them together as her life comes to a close. Over the next two years, Will and Mary Anne carry on conversations that are both wide-ranging and deeply personal, prompted by an eclectic array of books and a shared passion for reading. Their list jumps from classic to popular, from poetry to mysteries, from fantastic to spiritual. The issues they discuss include questions of faith and courage as well as everyday topics such as expressing gratitude and learning to listen. Throughout, they are constantly reminded of the power of books to comfort us, astonish us, teach us, and tell us what we need to do with our lives and in the world. Reading isn’t the opposite of doing; it’s the opposite of dying.

Will and Mary Anne share their hopes and concerns with each other—and rediscover their lives—through their favorite books. When they read, they aren’t a sick person and a well person, but a mother and a son taking a journey together. The result is a profoundly moving tale of loss that is also a joyful, and often humorous, celebration of life: Will’s love letter to his mother, and theirs to the printed page.

Learn about our Rise & Thrive Accelerator for Business Owners 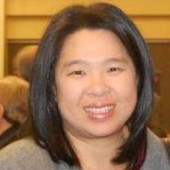